UNIVERSITY OF ALABAMA AT BIRMINGHAM

Its story is one of remarkable growth in size, quality, reputation and impact. In a little more than four decades, UAB has transformed from its modest beginnings as an extension centre into a doctoral research university and academic medical centre. And they have the same audacious vision that led their founders to dream big dreams. To educate, advance discovery, care for the sick, respond to the needs of their community and establish Alabama as a progressive economic centre that can change the world.

U.S. News & World Report, publisher of Best Colleges for more than 30 years, recently released the 2016 edition of the Best Global Universities with the University of Alabama at Birmingham claiming the highest ranking in Alabama. UAB was ranked 200th in the world and landed in the top 75 U.S. universities. UAB also was highly ranked in three subcategories, ranking at 25 in microbiology, 27 in immunology and 50 in clinical medicine. UAB pursues the frontiers of education, research and health care and strives to be one of the most dynamic and productive universities of the 21st century.

The University of Alabama at Birmingham’s Permanent Art Collection is comprised of more than 800 works of art. This collection encompasses a broad range of artistic disciplines, including painting, sculpture, photography, video and works on paper. UAB is the proud home of a sizeable collection of silkscreen prints and polaroids by Andy Warhol as well as works by James Rosenquist, Robert Rauschenberg, Cy Twombly, Christo, Sally Mann, Sue Coe and Pablo Picasso, just to name a few. Newly housed in the Abroms-Engel Institute for the Visual Arts, this collection not only aims to preserve important historical and contemporary works but to provide an accessible and crucial educational tool to their students and the greater Birmingham community.

UAB’s campus sits in the middle of Birmingham’s trendy Southside neighbourhood, on the south end of a thriving and active downtown, nestled up next to the Appalachian Mountains, watched over by Vulcan’s bare, iron behind. A short drive can take you from golfing to hiking to dinner to a show to late-night coffee (hopefully with a shower in there somewhere). So you should take some time to come visit town, remembering that canoeing takes a while, the theatre and ballet are usually at night, and UAB’s campus is a full day’s worth of visit by itself. 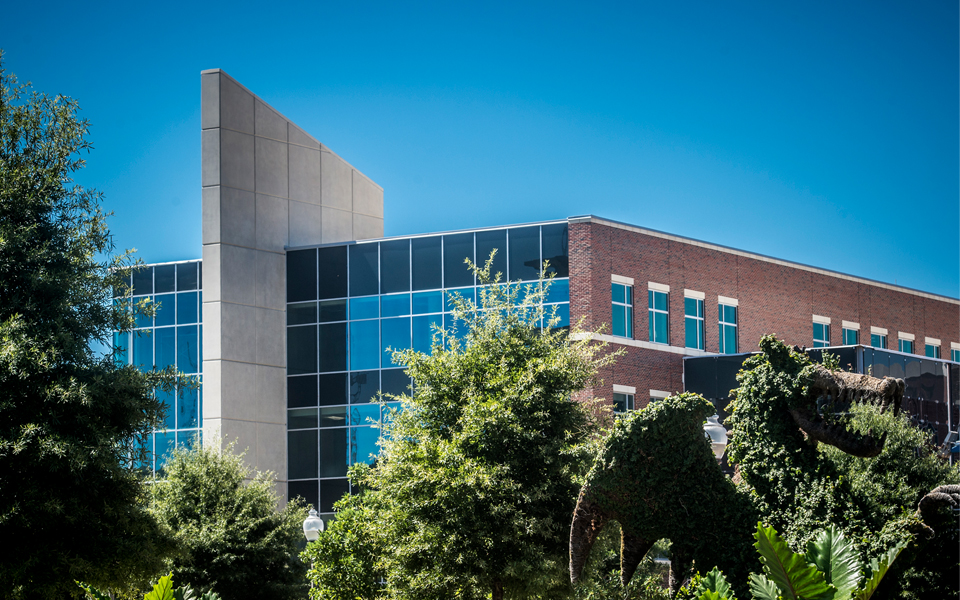