Radboud University is a student-focused research university in Nijmegen, the Netherlands where top research and high-quality education are closely connected. With their broad international network, they offer opportunities to go abroad for study, work and research and has received national awards for this, for the last seven consecutive years. Due to its diverse spectrum of programmes has consistently been included in the top 150 of universities of the world by four major university ranking tables.

The nearest international airport is Amsterdam Airport Schiphol which is approximately 1.5 hours away by car. The university is located on a green campus in the southern Heyendaal neighbourhood of Nijmegen, often listed among the most attractive in the Netherlands. It is a traditional university with a strong focus on research. The campus houses 7 faculties that conduct teaching and research in Arts, Law, Management, Medical Sciences, Social Sciences and Theology, Philosophy and Religious Studies. In addition to these faculties, the campus also hosts the Max Plank Institute for Psycholinguistics, a world class research centre devoted to the understanding of human language and communication. Moreover, the university offers 14 bachelor’s programmes and 36 international master’s programmes taught fully in English and several more taught in Dutch language. All English-taught master’s programmes are research-based.

The town of Nijmegen is situated on the banks of the Waal, a branch of the Rhine in the region of the Great Rivers and a mere 10 kilometres from the German border. It is equally distanced from Amsterdam as it is from other major European cities such as Dusseldorf, Germany and Antwerp, Belgium. The city is well known for being a green city, with many parks and forests, a nearby lake for water sports, plus the well-loved beaches along the river Waal for recreation. Nijmegen also enjoys a lively nightlife with countless cosy pubs and hip bars, while it has been voted as the second most attractive student city in the Netherlands. There are many festivals throughout the year offering music, art, film, science and much more, as well as a number of theatres, music venues, cultural centres, and museums. 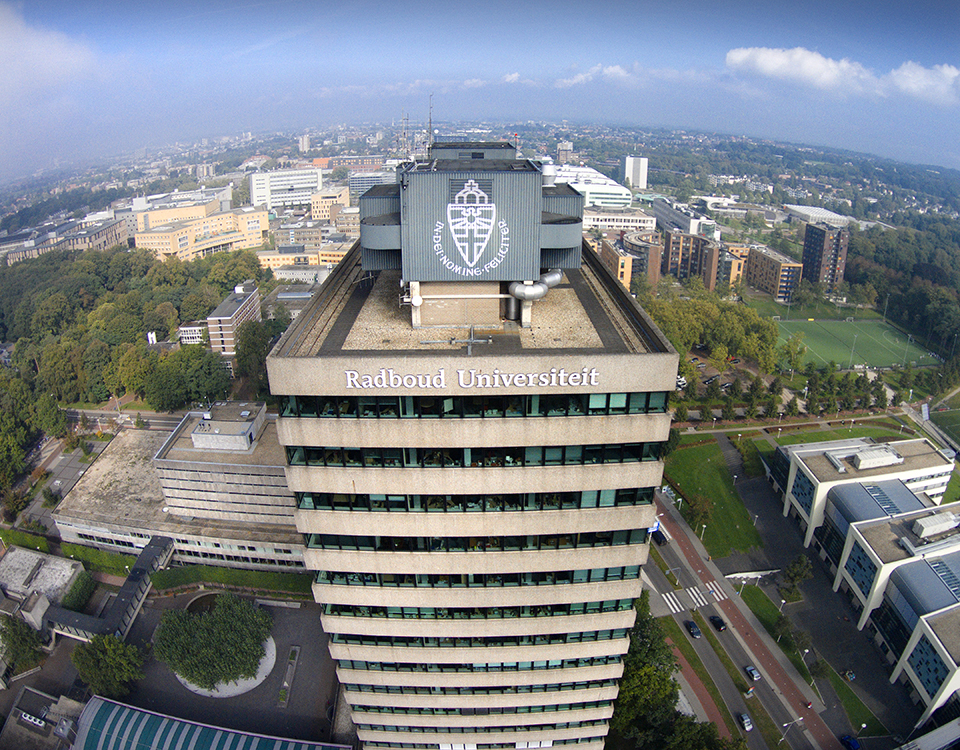