Drew University offers programs leading to the traditional undergraduate degree of Bachelor of Arts (B.A.) through its College of Liberal Arts. Traditional core liberal arts courses are required of Drew students within a general education curriculum that allows them to shape an individual academic program. Drew’s programs emphasize depth, independent research, experiential learning and collaborative teaming. A declared minor is required in the general education program, and students choose from structured disciplinary and interdisciplinary offerings, or may design a minor course of study, subject to faculty approval.

Drew University is a coeducational private university located in Madison, New Jersey, in the United States. Drew was first accredited in 1932 and its accreditation was reaffirmed after a recent review concluded in 2011. All of the university’s programs are approved and accredited by the General Board of Higher Education and Ministry and the University Senate of the United Methodist Church.

Drew University is located in Madison, New Jersey, a borough approximately 25 miles west of New York City. Known as “the Rose City” because of its rose-cultivating industry in the nineteenth century, Madison is an affluent commuter town in New Jersey’s Morris County. Several motion pictures, TV productions, and music videos have used Drew University as a filming location. The Family Stone (2005), Spinning into Butter (2008), The Incredible Hulk (2008); and in television programmes such as The Sopranos, and Friday Night Lights.

Drew’s academic buildings feature a mix of Greek Revival, Collegiate Gothic, and neoclassical architecture on a 186-acre (753,000 m²) campus that is a serene, wooded oasis in the middle of a bustling suburban town. For this reason, it is nicknamed the “University in the Forest”. Drew University is accredited by the Commission on Higher Education of the Middle States Association of Colleges and Schools with approval granted to offer undergraduate and graduate degree programs and professional or post-graduate certificates. 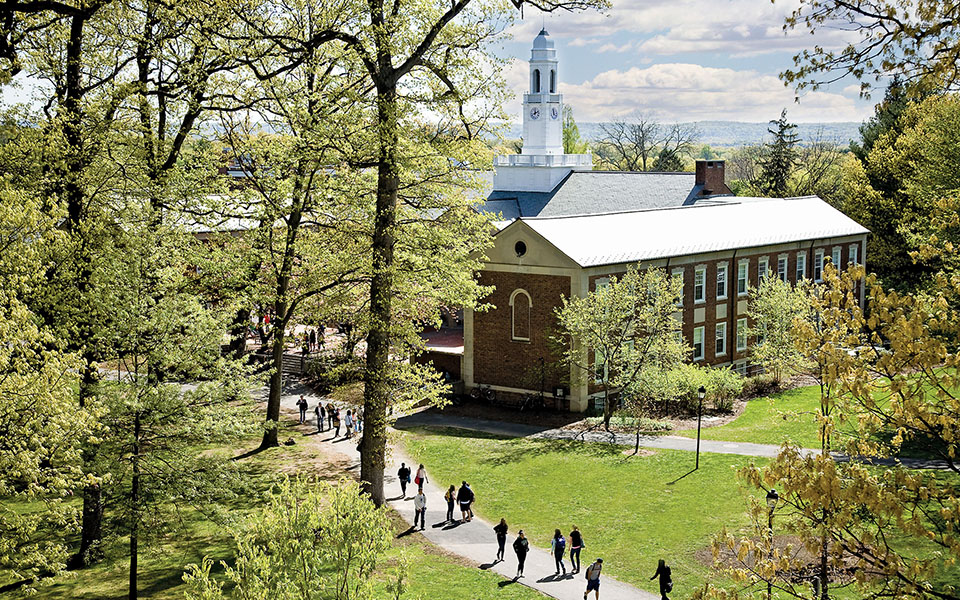